The takeaway message in both reports is that ADFG implements a precautionary approach in the formation and implementation of its hatchery salmon policies, in cooperation with private, non-profit hatcheries throughout Southcentral and Southeast Alaska. Both reports note that further research is necessary, however, as large scale hatchery salmon releases continue to raise concern for impacts to wild salmon stocks, and that the Department does not have a definitive answer whether hatchery fish negatively impact the productivity and sustainability of wild salmon.

Hatchery releases are a Big Business in the North Pacific Ocean, in Alaska, and Prince William Sound 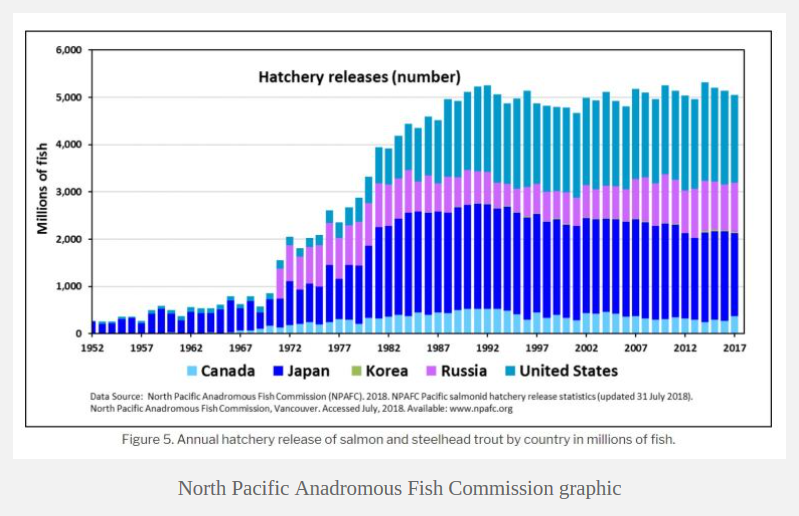 5 Billion hatchery salmon are released into the North Pacific Ocean each year. 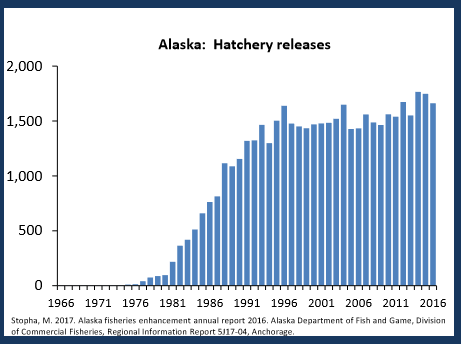 In both the written and oral reports to the BOF, ADFG omits a key study that documents the negative impact of hatchery pink salmon on wild sockeye salmon in Prince William Sound. The missing report ironically was produced in a collaborative project with fishery scientists not only from the Alaska Department of Fish and Game, but also the National Marine Fisheries Service, the School of Fisheries and Ocean Sciences at University of Alaska Fairbanks, the National Center for Ecological Analysis and Synthesis at the University of California Santa Barbara, the Farallon Institute for Advanced Ecosystem Research, the Kasitsna Bay Laboratory of the National Ocean Service, and the School of Aquatic and Fishery Sciences at the University of Washington.

In their 2017 research article Evaluating signals of oil spill impacts, climate, and species interactions in Pacific herring and Pacific salmon populations in Prince William Sound and Copper River, Alaska, this group of multi-agency fishery scientists test how herring and salmon productivity has been affected by each of five drivers:

The research tests these specific hypotheses to see what is driving herring and salmon productivity in Prince William Sound. Of the salmon species, the authors found that the largest driver was the negative impact of adult pink salmon returns on sockeye salmon productivity. 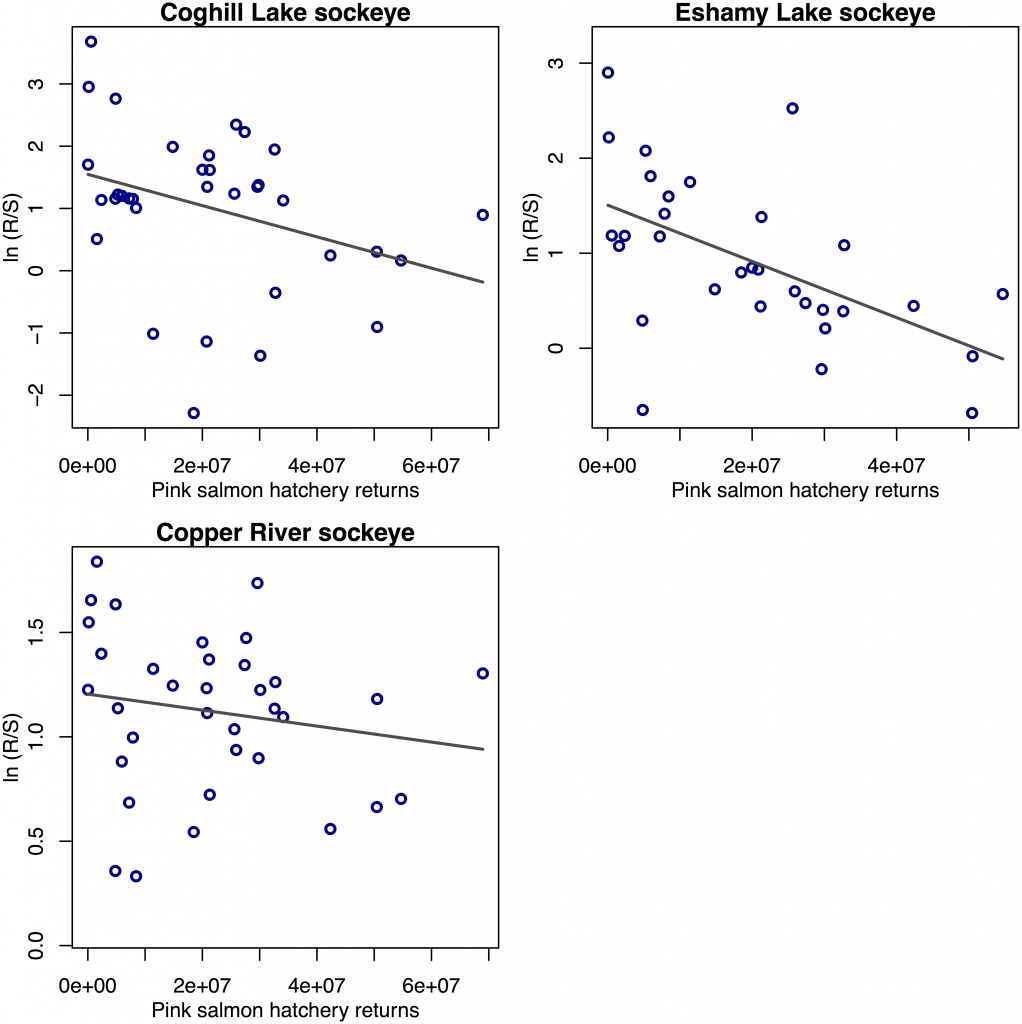 ADFG identified next steps to BOF as needing rigorously designed studies to answer specific questions with testable hypotheses, in cooperation with other researchers

Everyone can agree it is better to make decisions in the context of having the best available science. It is confusing that in both the written and oral reports to the BOF, ADFG omits this KEY research on the very topic under consideration. Especially in light of the fact that this exact research is the specific type of research ADFG identifies as the type of best available science needed to move forward on the issue.

The question remains: is it wise to continue to expand the production of hatchery pink salmon in Prince William Sound, or is it better to hold at current levels until there is a better understanding of their impact on wild salmon?

Hatcheries are an important component of commercial fisheries in Alaska. It is not the intent of KRSA to harm that capacity. However, it is in everyone’s best long-term interests to maintain a precautionary approach when considering further expansion of hatchery production in light of its unknown impact on wild salmon stocks, especially in terms of wild salmon productivity.

In light of the fact that PWS hatchery pink salmon harvests (not just returns) have exceeded 30 million in 4 of the last 8 years, more consideration may be needed on this topic by both the BOF and ADFG.