On Sunday, July 29, 451 large Kenai River king salmon were counted, 8,969 to date, for kings more than 34 inches this season. The run is now past the normal halfway point at 56 percent, and the end of season escapement projection is around 16,000 continue to be steady. Figure 1 shows the daily run counts for Kenai kings, while Figure 2 shows the end of season escapement projects. All user groups are facing one of the most challenging fishing seasons on record, on the Kenai and many places elsewhere in Alaska. 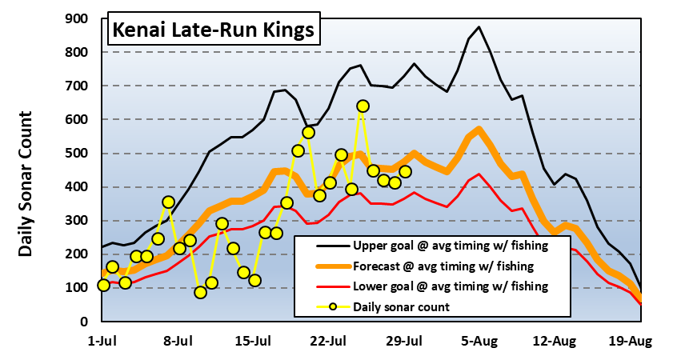 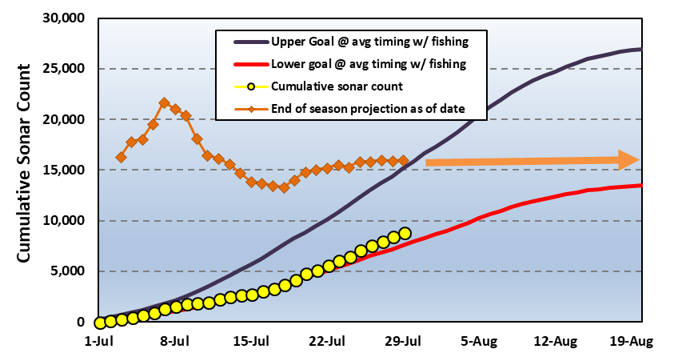 At the normal 76 percent point in the Kenai River sockeye run, the average timing is projecting an end of season total of just 550,000 to the sonar and these projections continue to trend downward. The Figure 3 is the daily counts of Kenai sockeye while Figure 4 is of the end of season projections. The run will have to be 8 days late to hit the lower inriver goal of 900,000. It has been that late just once in the last 40 years (2006). Late in the season (August), sockeye tend to move quickly through Cook Inlet so the larger pulse of sockeye recorded in the offshore test fishery on Friday should be showing pretty soon if those fish are Kenai-bound. 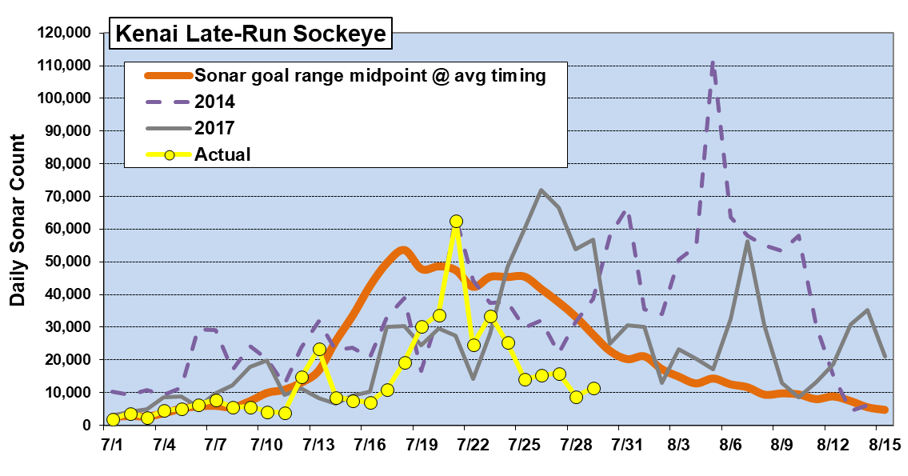 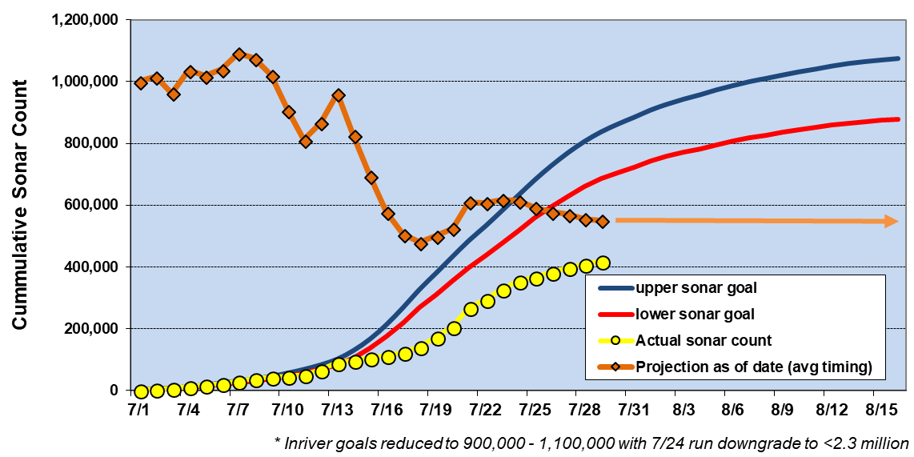 Kasilof sockeye at the normal 88 percent point and are still tracking within the upper escapement goal of 340,000. When Kenai sockeye are not projected to meet the lower escapement goal (900,000), then a buffer of 50,000 is added to the Kasilof sockeye upper goal and becomes 390,000 – which is the case this year. Figure 5 and Figures 6 are Kasilof River sockeye daily counts and end of season projections, respectively.