(Soldotna) – In a letter to Governor Walker on August 26, 2018 Kenai River Sportfishing Association (KRSA) questioned action taken on August 23 by the Alaska Department of Fish and Game (ADFG) to tip the allocation scale in favor of Cook Inlet commercial drift gillnet fisheries. On August 22, ADFG issued Emergency Order #31 allowing drifters to fish across the whole width of the inlet south of Kalgin Island in Area 1 (see Figure 1) on August 23. That EO ignored long-standing regulations that restrict the commercial fleet to the extreme west side of Cook Inlet after August 15, in Area 3 and 4 (Figure 2).

The decision by ADFG violates explicit Alaska Board of Fisheries (BOF) allocation intent in all Upper Cook Inlet salmon management plans. Specifically, after August 15 the management plan prohibits commercial drifters from fishing in Area 1 or 2, thereby ensuring a sport fish priority for coho salmon heading to Anchorage, the Mat-Su and the Kenai River. 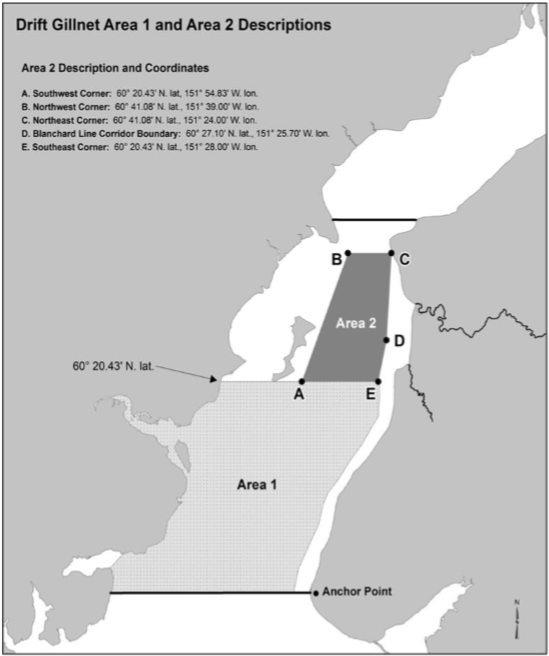 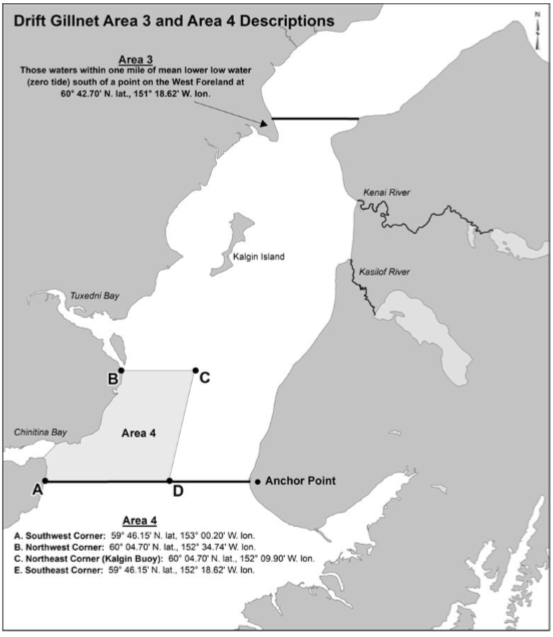 Figure 2. Map of drift gillnet boundary for Area 3 and 4.

“ADFG went outside the management plan without justification and as a result prioritized commercial harvests of coho salmon over sport fisheries,” stated Ricky Gease, KRSA executive director. “About three-quarters of the fish harvested by commercial drifters on August 23 were coho salmon heading for rivers that are popular with anglers,” said Gease. KRSA points out that the Department action to step outside the management plan without valid justification appears to violate the legal authority provided by the Alaska Legislature solely to the BOF to allocate fish.

About KRSA:
KRSA is a nonpartisan, nonprofit fishery-conservation organization of Alaskans that works to ensure the long-term health and sustainability of fishery resources in the Kenai River, Cook Inlet and elsewhere in Alaska, through advocacy of sport and personal use fisheries and the promotion of science-based fishery management.

(a) The purpose of this management plan is to ensure adequate escapement of salmon into the Northern District drainages and to provide management guidelines to the department. The department shall manage the commercial drift gillnet fishery to minimize the harvest of Northern District and Kenai River coho salmon in order to provide sport and guided sport fishermen a reasonable opportunity to harvest these salmon stocks over the entire run, as measured by the frequency of inriver restrictions. The department shall manage the Central District commercial drift gillnet fishery as described in this section.

(f) From August 16 until closed by emergency order, Drift Gillnet Areas 3 and 4 are open for fishing during regular periods.