Reel News from the World of Fisheries, September 4, 2018

Veterans from Kentucky come to Soldotna to fish and to heal

Great story in the Peninsula Clarion by Elizabeth Earl on the Kentucky Wounded Heroes project that gathers each year on the Kenai River for fishing, building connections and friendships, sharing stories and healing.

September 30 deadline for Cost Share applications on the Kenai Peninsula

KDLL covers the upcoming deadline and applications for the Cost Share program, a joint partnership between the USFWS and ADFG, that provides financial assistance and guidance to Kenai River property owners for riparian habitat access and restoration projects. In recent years the program has expanded to include project applications from other peninsula watersheds, such as the Kasilof River.

A Home for Readers and Thinkers

Craig Medred continues to be one of the few media outlets in Alaska that continues to have a focus on fishing issues. In Kenai Winds Down the decision by the Alaska Department of Fish and Game to violate salmon management plans in Cook Inlet to tip the allocation scale in favor of commercial drifters is examined. The plans, approved by the Alaska Board of Fisheries, direct the department to minimize silver salmon harvests heading to the Mat-Su and Kenai River that are popular with anglers. The department however acted in a manner to maximize such harvest in late August, in a precedent setting move.

In Future Fish, Medred examines the continuing unraveling of commercial salmon values in Alaska as processors seek to outsource fish processing to China as a means to combat price competition from farm fish. “Six of the eight ‘Best Choices’ for salmon as rated by the Monterey Bay Aquarium are now farmed fish, and there are no Alaska salmon in that category.”

Another letter to the Anchorage Daily News: Flagrant fish failures

Another long-time sport fisherman on the Kenai River, Anchorage-based angler David Catchpole has a searing message that  ADFG management of Cook Inlet fisheries this summer was a failure. Ignoring the tens of thousand of sport anglers in Cook Inlet does not seem like a recipe for success.

Hometown angler 8-year-old Aksel Hutchison held on to win the Valdez silver salmon derby and the $10,000 first place with a 17.28-pound fish, per story in the Anchorage Daily News. 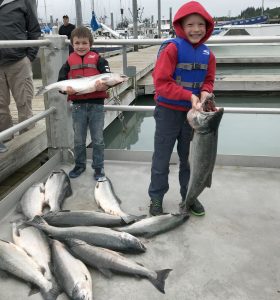 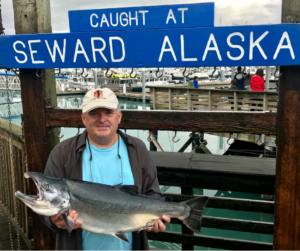 In an article by Chris Cocoles in the Alaska Sporting Journal, Rethinking Pinks  highlights the issue of too many hatchery pink salmon negatively impacting wild salmon and other species such as seabirds, according to evolving scientific research on marine ecosystems and food webs. New information points to increased food competition from historic numbers of salmon in the North Pacific Ocean, 40 percent of which are hatchery salmon, as having negative consequences on wild salmon size and age at maturity.

Congratulations to Richard Yamada – appointment to the IPHC

Richard Yamada has been appointed to the International Pacific Halibut Commission by the US State Department. The Commission makes rules for halibut harvest and the gear types for the US and Canada. The IPHC has 6 members, 3 from each country, and meets annually in January to set the regulations for fishing seasons and harvest levels. 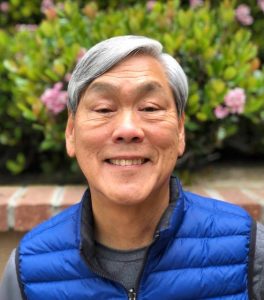 Richard Yamada is a new commissioner of the International Pacific Halibut Commission.

Yamada has 40 years of experience as a guide, lodge owner and sportfishing advocate, and is the current president of the Alaska Charter Association and serves on the board of the National Association of Charterboat Owners. Congratulations on his historic appointment!

Center for Sportfishing Policy on the Modern Fish Act: Know the Facts 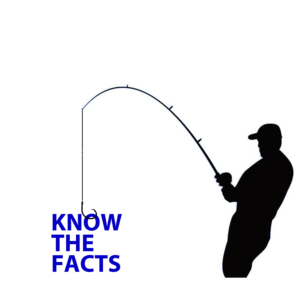 CSP’s September 4 newsletter The Hook has the policy facts on the Modern Fish Act, the landmark, sportfishing national legislation, including:

The National Fish Habitat Partnership program is currently comprised of 20 individual Fish Habitat Partnerships that focus on specific regions or habitat types. These partnerships include representatives of federal, state and local agencies, conservation and sportsmen’s organizations, private landowners and the business sector. To date, more than 600 successful conservation projects have been carried out through these partnerships, benefitting fish habitat and anglers throughout the country.

The California legislature voted overwhelmingly in favor of a bill to end commercial drift gillnet fishing and sent it to Governor Jerry Brown’s desk for his signature. Senate Bill (SB) 1017 phases out the use of mile-long nets that drift in the open ocean, compensates drift gillnet fishermen and encourages a transition to innovative new swordfishing gear.

The bill moved forward following the release of an economic report by Southwick and Associates and the American Sportfishing Association that made the case that ending the practice of deploying mile-long large mesh drift gillnets in the U.S. West coast waters not only would benefit marine resource conservation, but the economy too.