Ever wonder how fishery regulations are created in Alaska? Who allocates fish to commercial, sport, personal use and subsistence fisheries? Are allocations based on science, or politics? Is the process broken, in need of mending, or working fine?

In Alaska, Board of Fisheries (BOF) is tasked with the conservation and allocation of state fishery resources. One of the hallmarks of Alaska’s fishery management system is that anyone can submit proposals to the BOF. Individuals, associations, businesses, hatcheries, tribes/village councils, advisory committees, ADFG and the BOF itself all submit proposals. Stakeholder participation is often lauded as a key component of successful fisheries management, yet few studies have quantified and assessed this participation.

A new report Resurrecting the Public Record: Assessing Public Participation in Alaska’s Fisheries, with support funding primarily through the State of Alaska Salmon and People Projects, examines stakeholder participation and success rates in Cook Inlet, Bristol Bay, and Southeast Alaska from 2000 to 2015. The pilot study asks the question, “Are there differences in user participation and success rates ac ross the three regions during this time period?”

The results and discussion are interesting – even though the public participation process is identical in Cook Inlet, Bristol Bay and Southeast Alaska, the success rates varied across the groups and regions. Cook Inlet led the regions for overall proposals, with individuals and associations have the most submissions. ADFG and advisory committees had the highest success rates for proposals approved, though some of that is to be expected as many ADFG proposals are considered “housekeeping” and non-controversial. Read the whole report online or download the PDF. 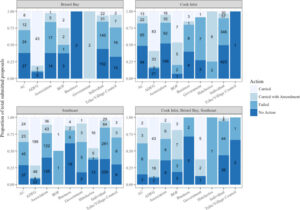 Figure 1. Proportion of submitted proposals by group and region.

The report examines just a sample of all the proposals submitted to the BOF since statehood. A geographically larger and more detailed BOF coded proposal dataset will be publically accessible online within the next year. The finished dataset will include all regions statewide as well as detailed proposal information in 19 categories that include the proposal topic, location, author, species, sector, relevant constitutional statute, and Board votes.

The report will be one of series of scientific studies featured at the upcoming Classic Roundtable on Fisheries, to be held at Kenai Peninsula College on Wednesday, August 22 in the afternoon. Stay tuned for further updates on complete agenda for the Classic Roundtable.