An interesting pattern of commercial salmon harvest in Alaska has emerged since the introduction of large scale hatchery salmon production, which is primarily located in Prince William Sound and Southeast Alaska.

The mix of years in the 11 lowest salmon harvests is split consistently between even and odd years – 6 even, 5 odd. (see ADFG graph below). 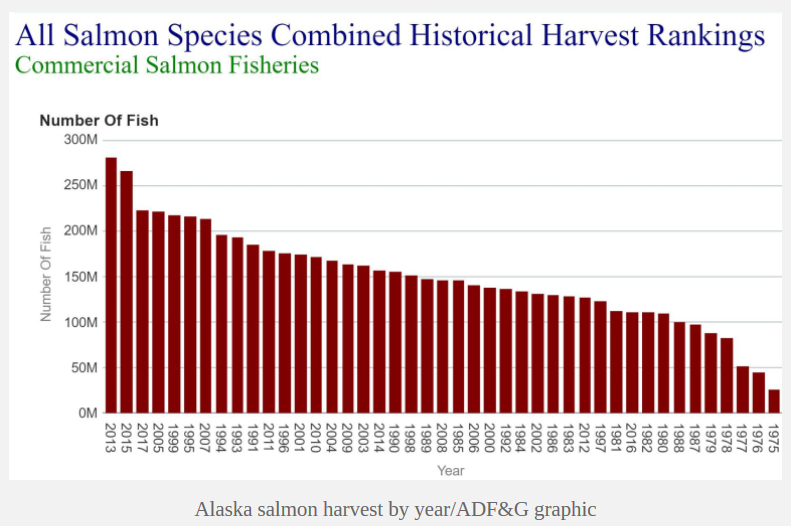