Upper Cook Inlet Commercial Fishing Announcement No. 30 opens commercial fishing with set gillnets in the Kenai, Kasilof, and East Foreland sections of the Upper Subdistrict from 10:00 a.m. until 10:00 p.m. on Sunday, August 7, 2016. Drift gillnetting will be open in the Expanded Kenai and Expanded Kasilof sections of the Upper Subdistrict and in the Anchor Point Section of the Lower Subdistrict (Figure 1) from 10:00 a.m. until 10:00 p.m. on Sunday, August 7, 2016. As of August 4, the final escapement of late-run king salmon in the Kenai River is projected to be less than 22,500 fish. Please visit the following website for more information on Kenai River king salmon estimates.

According to 5 AAC 21.359 Kenai River Late-Run King Salmon Management Plan, from August 1 through August 15, if the projected escapement of king salmon into the Kenai River is at least 16,500 fish, but less than 22,500 fish, notwithstanding the provisions of 5 AAC 21.360(c)(1)(B), (2)(B), and (3)(B), the commissioner may open, by emergency order, the commercial set gillnet fishery in the Upper Subdistrict to no more than 36 additional hours of fishing time. Regularly scheduled fishing periods per 5AAC 21.320(a)(2) Weekly Fishing Periods in the Upper Subdistrict set gillnet fishery are no longer in effect. In addition, the 36-hour closure to the Upper Subdistrict set gillnet fishery specified in 5 AAC 21.360(c)(3)(C) Kenai River Late-Run Sockeye Salmon Management Plan is no longer in effect. Fishing time provided in this announcement is to harvest surplus Kenai and Kasilof river sockeye salmon in order to ensure optimum escapement levels. 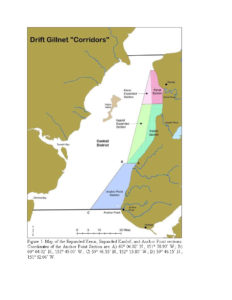